Jackson Hole Ski Resort is the largest and most popular ski area in Wyoming with over 1,260 vertical metres of varied terrain across 2,500 of inbound acres and another 3,000 acres of backcountry skiing, Jackson attracts expert and beginner skiers and snowboarders alike from around the world.

Fly right into Jackson Hole and experience a destination like no other, with deep snow (almost 12 meters per year), an iconic aerial tram, abundant dining and lodging options, with wildlife roaming the adjacent national parks of Bridger Teton National Forest, Grand Teton and Yellowstone National Parks.

Jackson Hole is also known for the legendary terrain at Corbet’s Couloir, where the tram cruises right by Corbet’s on its way to the top, offering skiers a glimpse of the famed run.  The run is named for Barry Corbet, a mountaineer who in 1960 spotted a narrow crease of snow shaped like an upside-down funnel, high up on the mountain now known as Jackson Hole. Said he: “Someday someone will ski that.”

At the base of Jackson Hole Ski Resort you will find luxury lodging including, superior condominiums, town houses, log cabin rentals. There are also fine dining restaurants, bars and gift shops.

With two peaks to choose from, Apre Vous offers exciting skiing on many intermediate and beginner slopes, whereas Rendezvous Mountain has some of the most exciting advanced terrain around.

After hours, Jackson Hole has something for every one. Go dancing or take in some live music. Whether you are looking to drink a cocktail in Teton Village or hit downtown Jackson there are plenty of nightlife 7 nights a week. 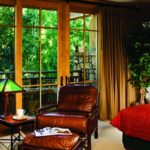 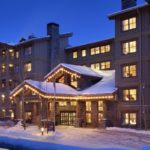 Teton Mountain Lodge & Spa is located slopeside to Jackson Hole ski resort and just a mile from Grand Teton National Park. Situated in the heart of the Teton Village... END_OF_DOCUMENT_TOKEN_TO_BE_REPLACED 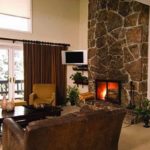 Teton Village Condominiums has various properties scattered around the village, from studios up to 4 bedroom condominiums, town houses and even log cabins, all of differing standards and many are ski... END_OF_DOCUMENT_TOKEN_TO_BE_REPLACED 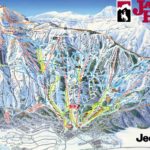 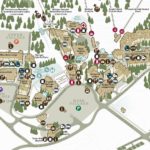 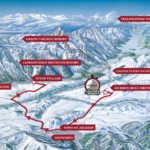 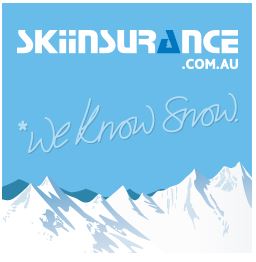 Send me the latest specials!